Beyond Ultra-deep Frontier Fields And Legacy Observations (BUFFALO) is an astronomical survey built around the six Hubble Space Telescope (HST) Frontier Fields clusters designed to learn about early galactic assembly and clustering and prepare targets for observations with the James Webb Space Telescope.  BUFFALO will place significant new constraints on how and when the most massive and luminous galaxies in the universe formed and how early galaxy formation is linked to dark matter assembly. The same data will also probe the temperature and cross section of dark matter in the massive Frontier Fields galaxy clusters, and tell us how the dark matter, cluster gas, and dynamics of the clusters influence the galaxies in and around them. These important studies are possible because the Spitzer Space Telescope, Chandra X-ray Observatory, and ground based telescopes have already invested heavily in deep observations around the Frontier Fields, so that the addition of HST observations can yield significant new results. Our international team of nearly 100 astronomers from 13 countries includes experts in theory, simulation, and observations of early galactic evolution, gravitational lensing, and supernovae.

BUFFALO is on the news!

BUFFALO is dedicated to enlarging the sky area covered by the six Hubble Frontier Fields (HFF) that focused on very rich galaxy clusters, originally with the aim of exploiting their gravitational fields as "cosmic telescopes" to study very distant galaxies in unprecedented detail.  BUFFALLO expands the are covered by about 4 times, allowing astronomers to map with more fidelity the total mass distribution (both ordinary and dark matter) of these 6 massive galaxy clusters in order to learn more about their evolution and about the nature of the mysterious dark matter. 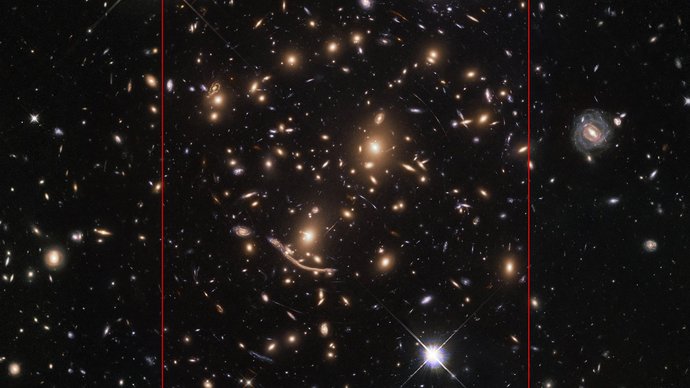 The First Data is Coming In!

This image shows the first 4 visits of the first cluster (Abell 370) by the Hubble Space Telescope (HST). The mosaic image consists of HST's filters F105W, F125W, and F160W in the near-infrared.
BUFFALO extends the area surveyed by HST for 6 Frontier Field Clusters by about 4 times. This will enable us to study the outskirts of these galaxy clusters as well as to find more lensed galaxies in the background. These will open new doors for the exploration of galaxy formation in the early Universe. 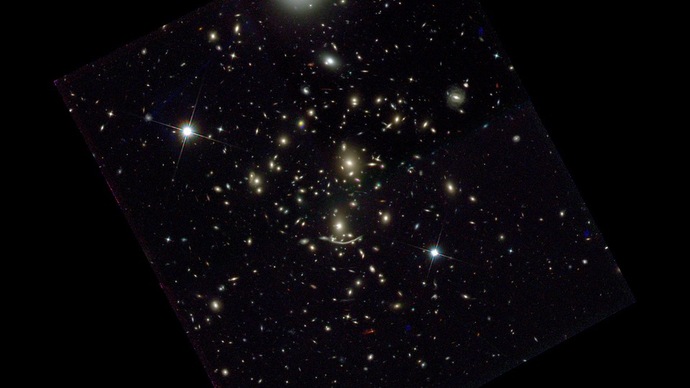 One of the six Hubble Frontier Field cluster Abell 370 that are being observed as part of BUFFALO to extend the Hubble imaging coverage in the near-infrared.

Buffalo Survey
@buffalo_survey
For #WomenInScienceDay listen to some of the talented women in @buffalo_survey 💪🏻💪🏽💪🏿 What do they like most about… https://t.co/MVa77SBHZ5